The life of an educator isn't an easy one. At worst, you're dealing with disaffected students, absent parents and a lack of resources. At best, you're a community hero with a heavily blurred line between work and regular life. Coach John seems to revel in the latter. After climbing into his truck, he gave me a tour of the city and happily pointed out homes of his former students. We ended our rendezvous on the Hays Street Bridge, overlooking an area that he had a hand in tilling. As the breeze pushed the hot desert air around a bit, a smile crept across his face.

On San Antonio
"It's that hometown feel. If you look at our downtown you'll never see like super high rise buildings. One of the biggest high rises we have is just a hotel, so it doesn't really count (laughs.)
The main thing is the friendliness of the people. My friends from out of state always say, "Man, you guys are way too friendly. You all say hi too much. You're always greeting everybody," but that's how we are. Look someone in the eye and say, "hey, how's it going." No matter who you are. We're friendly initially but like they say don't piss us off.
In Austin, you have all these people that are trying to stand out, but here in San Antonio it's like, "hey just go with the flow, have a good time and have a good party."
On growing up
"My mom went through a time where the Mexicans were not allowed to even sit downstairs, just like the African-Americans, when they were in theaters. One time when I was about 10 years old, my grandpa took all the kids from the neighborhood to the movies and when we got there, he insisted on sitting upstairs. This was after the Civil Rights movement and everything, but he was sitting upstairs because he was still so used to that segregation. It's unfortunate but some of that hasn’t left the community completely.
My mom didn't teach me how to speak Spanish. I had to learn it by hearing it. She spoke English because when she was a kid they would slap them on the hands any time they spoke Spanish.
The elementary school I went to, I was called a beaner, a wetback, a dirty Mexican. I was called all this stuff. My mom would tell me don't worry about what they call you, worry about what's on your report card because that's what it's going to take you somewhere. And she was right."
On building a wall
"I've never believed in walls. What we need currently in the United States is infrastructure. You can put up as many walls as you want. It's not going to stop any of the things that are happening here. And what I mean by that is that we have over 12 million illegal aliens that are here in the United States. Instead of saying we're going to kick them all back, which I don't think they'll ever be able to do, we have to figure out how they can stay here and help us as a nation.
We can't do without these people. Most of the Mexicans that I know, their kids go to my school, are good hard working people. They're not the criminals or rapists that they've been categorized as. They're great individuals who have great kids and a lot of those kids have gone beyond our high school and gotten into college and they are some of my best-behaved kids are the bilingual kids."
On poverty
"People always want to say things like, these people got to pick up themselves up by their bootstraps and make their own way. But I know better. I understand that some people fall into poverty because circumstances have gotten them there, not because they choose to be. Then you look at the other side, because I've seen both sides, and see people that are trapped in generational welfare. Their parents did it, they are doing it, and on and on the cycle goes." 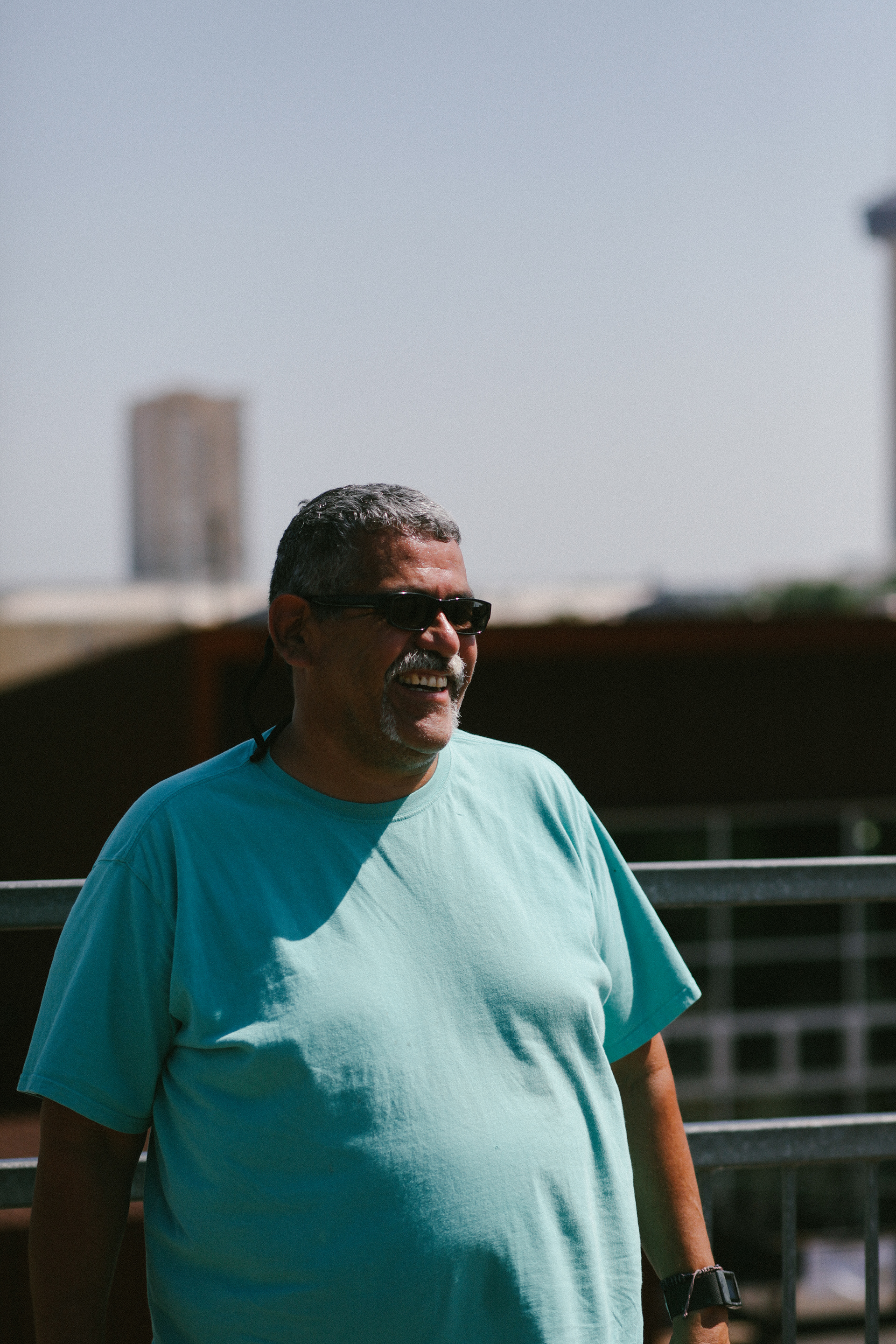 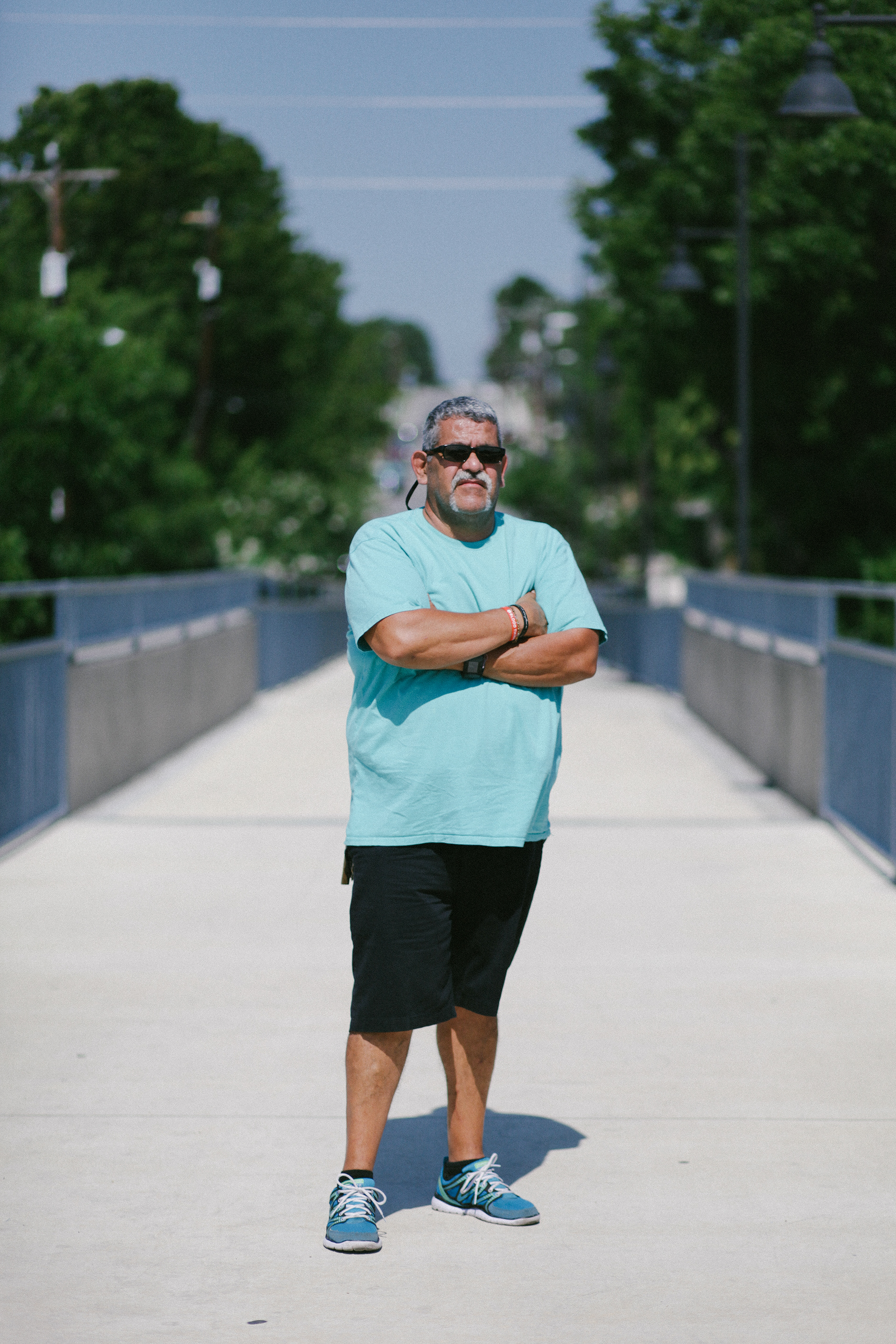 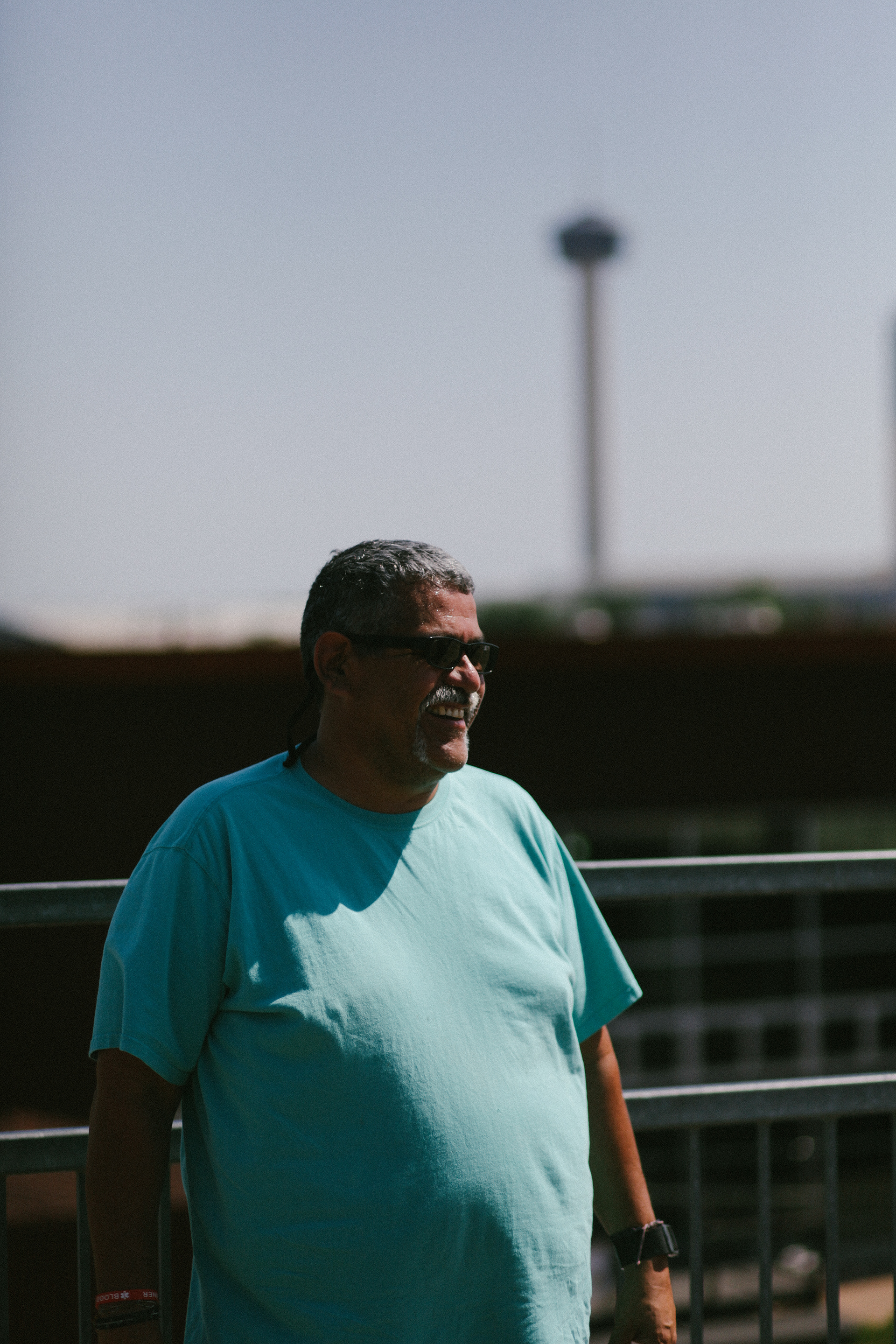 On losing kids
"I've lost about eight students to drive-bys. And about another ten of them have gone to jail. Recently, I had to go to court to testify for another one of my kids and he ended up getting 25 years.
That's the other aspect of being a teacher we don't talk about much. I have to see my kids dying, have to see my kids going to jail. I have to see all of that stuff. So that's the hardest part. I just lost one another (chokes up,) two weeks ago. His name was Jonathan Gomez.
It's got those positive things but it also has the heartbreak in it and it hurts sometimes. When Xavier passed away. I remember walking into the funeral home and everyone was like, "There’s coach. There's coach." A lot of my old football players were there. I was walking out and they all came out and said, "Coach I'm glad you made it." You know, it hurt. It hurt. I lost him."

Cecilia R.
↑Back to Top