"This is a collaboration between stories from here and the Women's Prison Association focused on telling stories about sense of place through the eyes of women who have been through the prison system but are not defined by it. These stories might classify as a tad heavy. My goal isn't to shock you, rather to build both a better understanding of our prison system and gain empathy. If you want to learn more about the WPA, please visit their website."

On her name
"If you look up Keisha in urban dictionary, you see that it means a female who is loyal (reaches for something in her pocket.) I liked this so much I kept it written down on a card. "She is caring. She makes friends easily and intends to keep them. She has a big heart and she shows it. She helps whomever needs it. She's one of those people that try really hard to make them laugh or smile. She has your back."
On the streets
"I had good grades all the way up to the ninth grade. I went to Washington, an all girls school for nursing. Before tenth grade started, my mom decided I couldn't go there anymore.
"You're not going back to Washington, it’s too far," she said. I’m sending you to a neighborhood school." I was like, "WHY? Why are you doing this? I got good grades and I want to continue learning about nursing. She just said it was too far and something may happen to me. It's funny she said that because I went through some trauma at home which led me to the streets at early age. Um, substance abuse at early age. That lead me to prison at early." 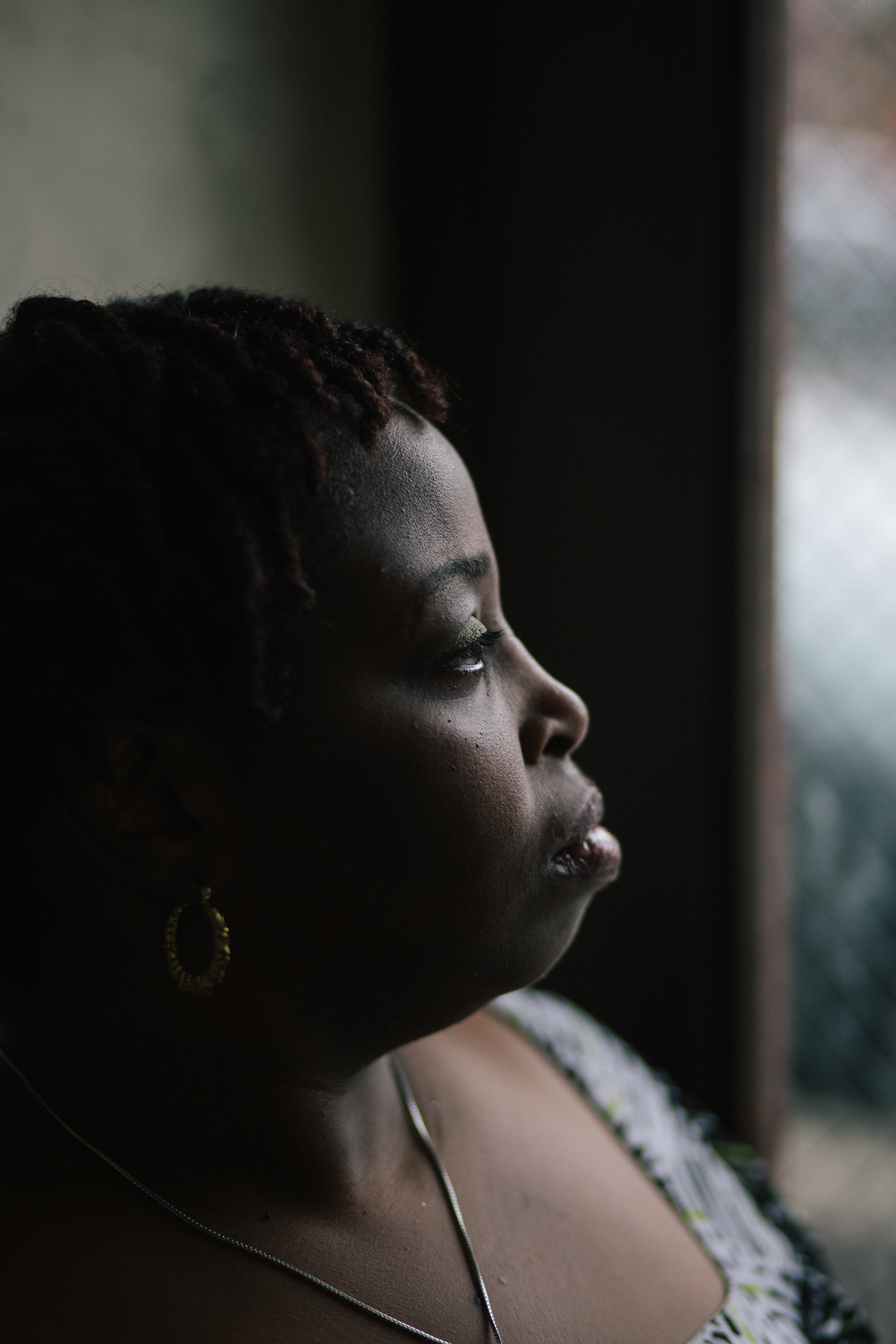 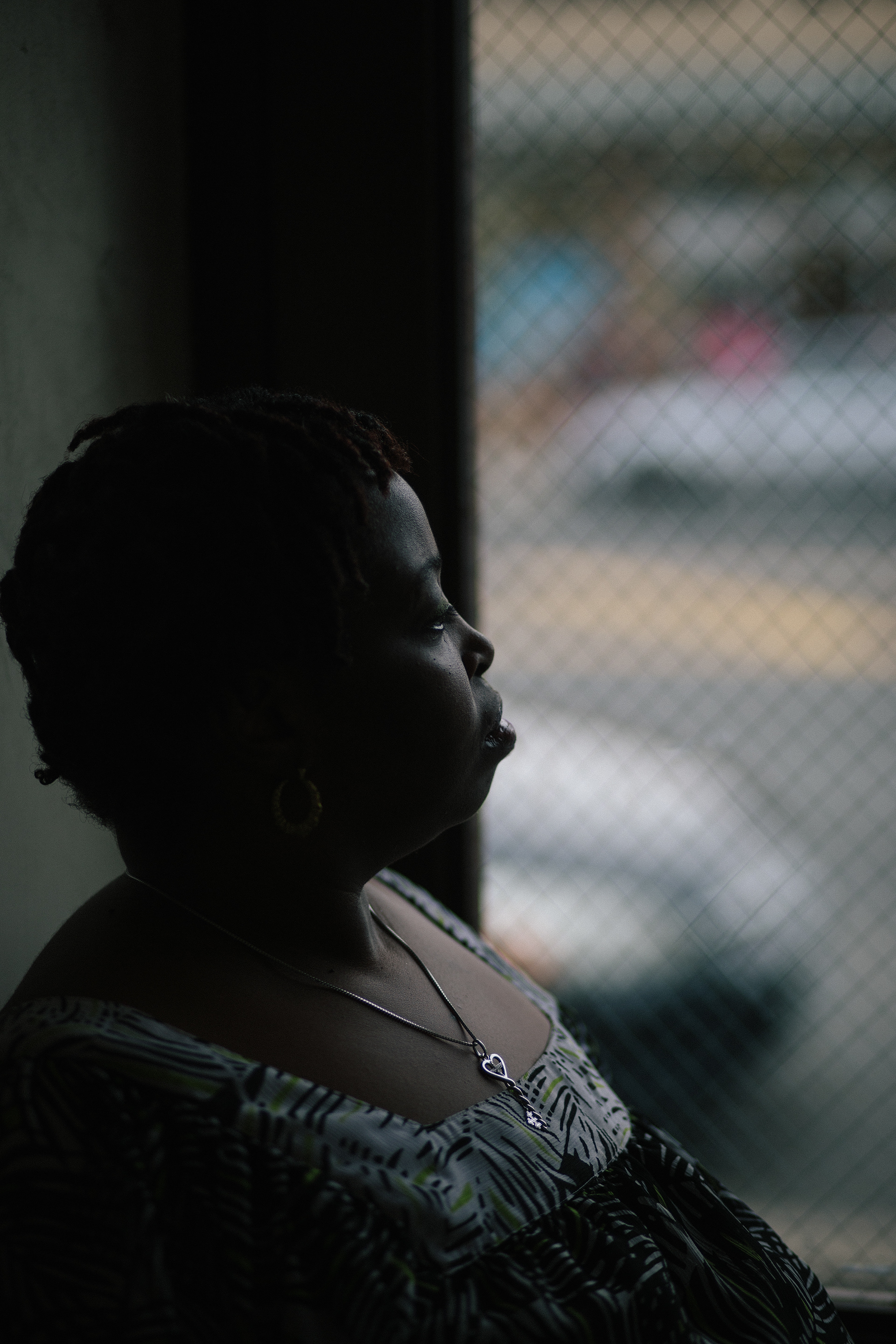 On trauma
"I feel like I didn’t get the support that I should’ve. It’s not like it is today, where you report an instance and people have to go to jail. I didn’t have that. With the instance with my father, he was supposed to leave the house. I finally got an order of protection, but he was the main breadwinner.
He took care of the mortgage, the light, gas, and taking care of our family. So my mother allowed him to stay against my wishes.
My parents were alcoholics. So anytime she, you know, got drunk, she would say little things like Keisha's trying to make us lose the house or Keisha's trying to mess up the family’s situation. It wasn’t that she didn’t believe me, it was like she believed it was my fault he molested me.
The only thing that we were forced to do as a family was to have counseling together. We all just sat there and nobody said anything. I obviously didn’t want to speak in front of him (her dad.)
It didn’t help at all. I mean what was the purpose of that? Teenage me needed individual counseling, a safe space."

"I wanted to be a pediatrician."

On being institutionalized
"At the time when I first went in, it wasn't as strict you know? So I honestly didn't care if I was locked up or I was out. Being home or being on the street felt the same.
In 2008, that all changed. Rikers island went from a mini Harlem in the hallways to a ghost town. Your meals and medication come directly to your cell, you weren't really interacting with others anymore. You used to not be able to see four feet down the hallway because people were just crowded in it. Now it's just clear.
In a sense it was better because there was much less violence, but they treated us like animals. You become institutionalized, incarcerated in your mind. From what you wear on your feet, to when you sleep, when you eat, if you get medical care, all of that is out of your control. That dependency, it does something to people.
So when you come out, you're absolutely lost. You don't have any direction or initiative.
Becoming institutionalized is so easy. I remember coming home and catching myself cutting corners like I was in the military, responding to everyone with "Yes sir!", "No, sir" and not making direct eye contact. You find yourself hungry at specific times, like an animal with an automatic alarm clock in your head.
It gets so bad for some people, they can't function at all when they are released and find themselves doing whatever they can to go back inside. I don't want to become like that again because I know I can accomplish much more in society than I can in prison."

On what's next
"I'm getting ready for my second semester to be certified in Microsoft Word and then Excel.  I like secretarial stuff, computers, paperwork. I know it sounds strange but I really enjoy it. So I am positioning myself to get that work. I've successfully completed an outpatient program, a life skills and empowerment program, graduated from the Women’s Leadership & Media Project."

"It gets so bad for some people, they can't function at all when they are released and find themselves doing whatever they can to go back inside. I don't want to become like that again because I know I can accomplish much more in society than I can in prison."

​​​​​​On freedom​​​​​​​
"Anger blocks a lot of lessons life is trying to show you. I think back to that group counseling, how I was so angry because I knew it wasn't working for me. But I didn't ask for what I needed. That's how I know that true freedom starts with me. I have a therapist every other week now. I no longer suppress my feelings. You know if something bothers me, I speak up. If I want to discuss my character or my defects, I speak up. If I get the urge to use, I speak up. I don't keep nothing to myself no more.  I can be anywhere and be free. Freedom starts inside of me, it starts with being present in my mind. I've been physically free and mentally in bondage before and I have no interest in going back to that ever again." 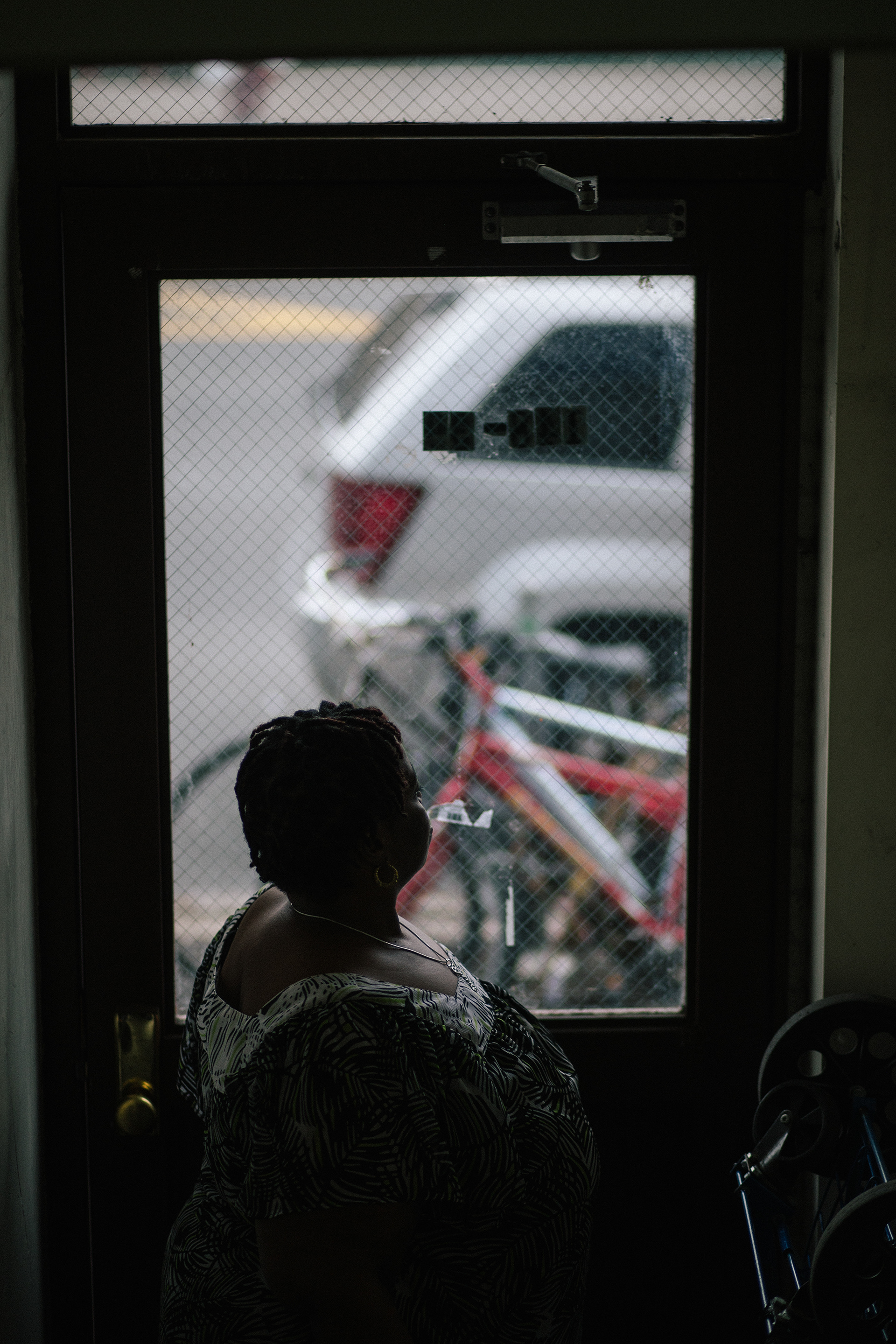 Katherine M.
↑Back to Top