Don't let people lie to you, Los Angeles is hot. This low-humidity marketing is overblown. Even earth angels like Pisha sweat and what made our morning meeting special was she didn't care. A lot of people I meet begin by trying to put their best face forward and slowly the layers peel back. Our conversation skipped past small talk and buoyed between personal truth and social justice all while skimming the surface of what it's like to be a successful actress in the city of dreams but still be discovering your own truth.

"You can't run from your truth. For a long time, I tried to make peace with this choice and be like, "It's forever now." But you're supposed to replace these things [implants] every like 10 years because they're not lifetime things. What am I going to have this surgery again when I'm 45? And be like, "Sorry son I know we talked about that trip to Hawaii but like Mommy needs a new rack." 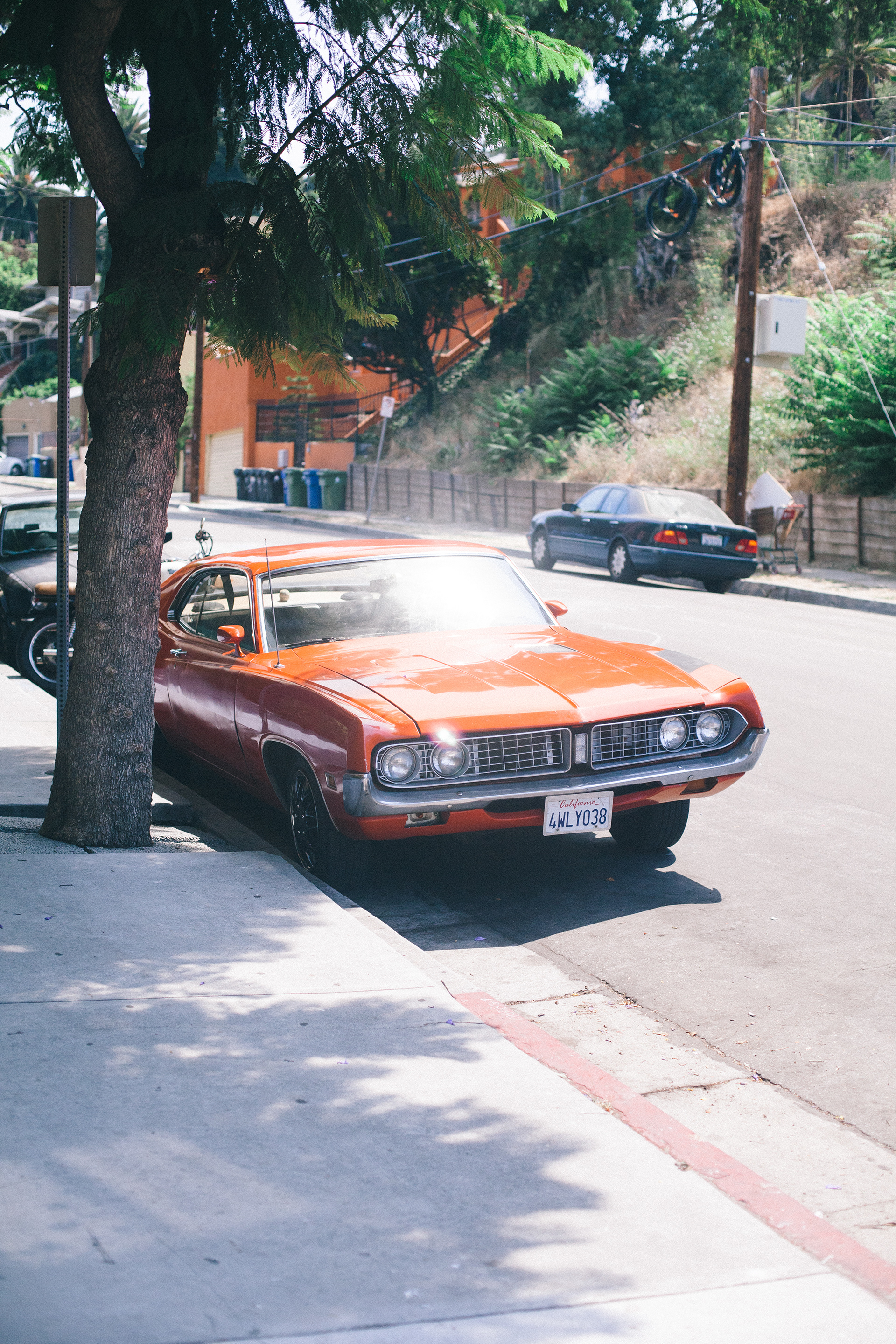 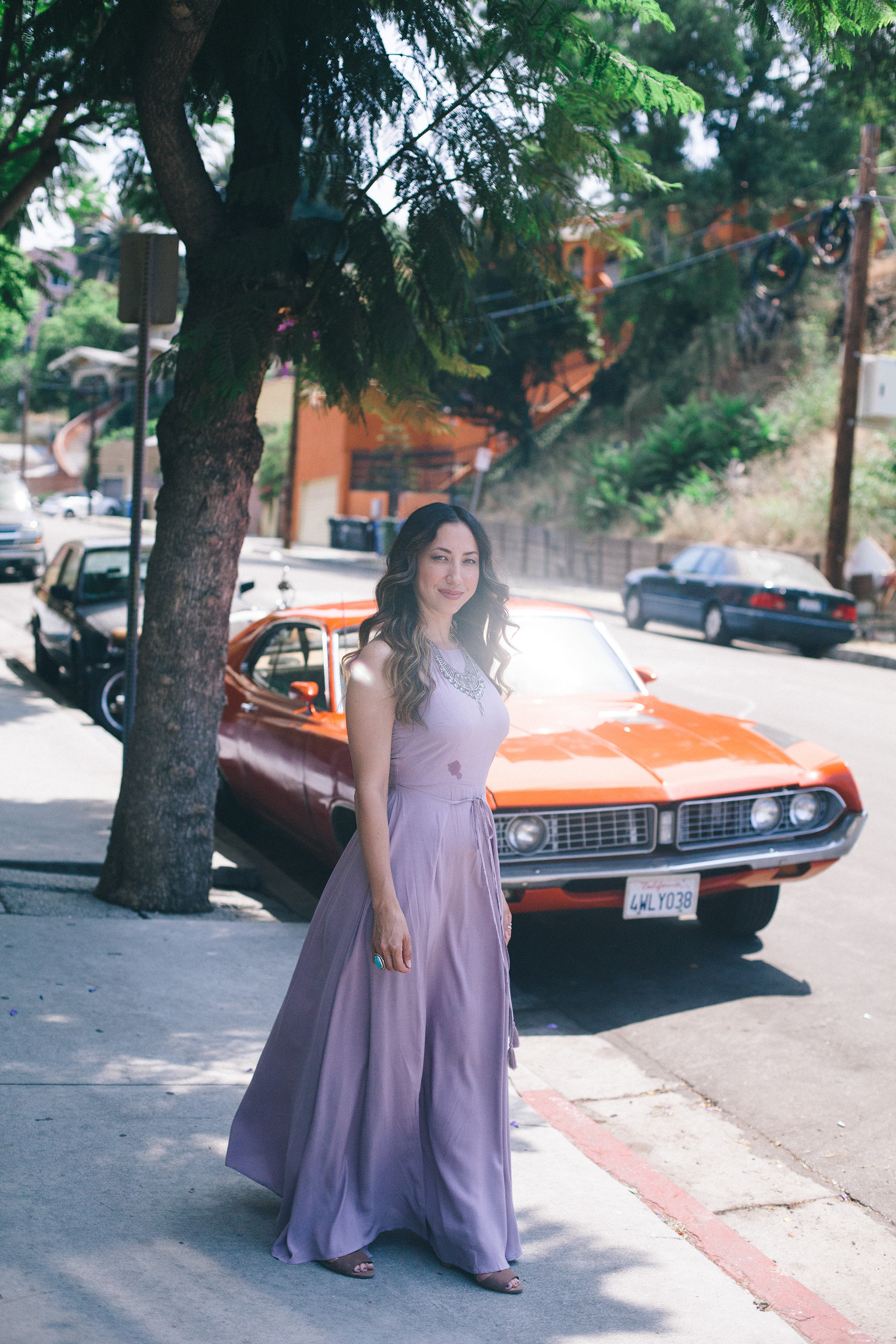 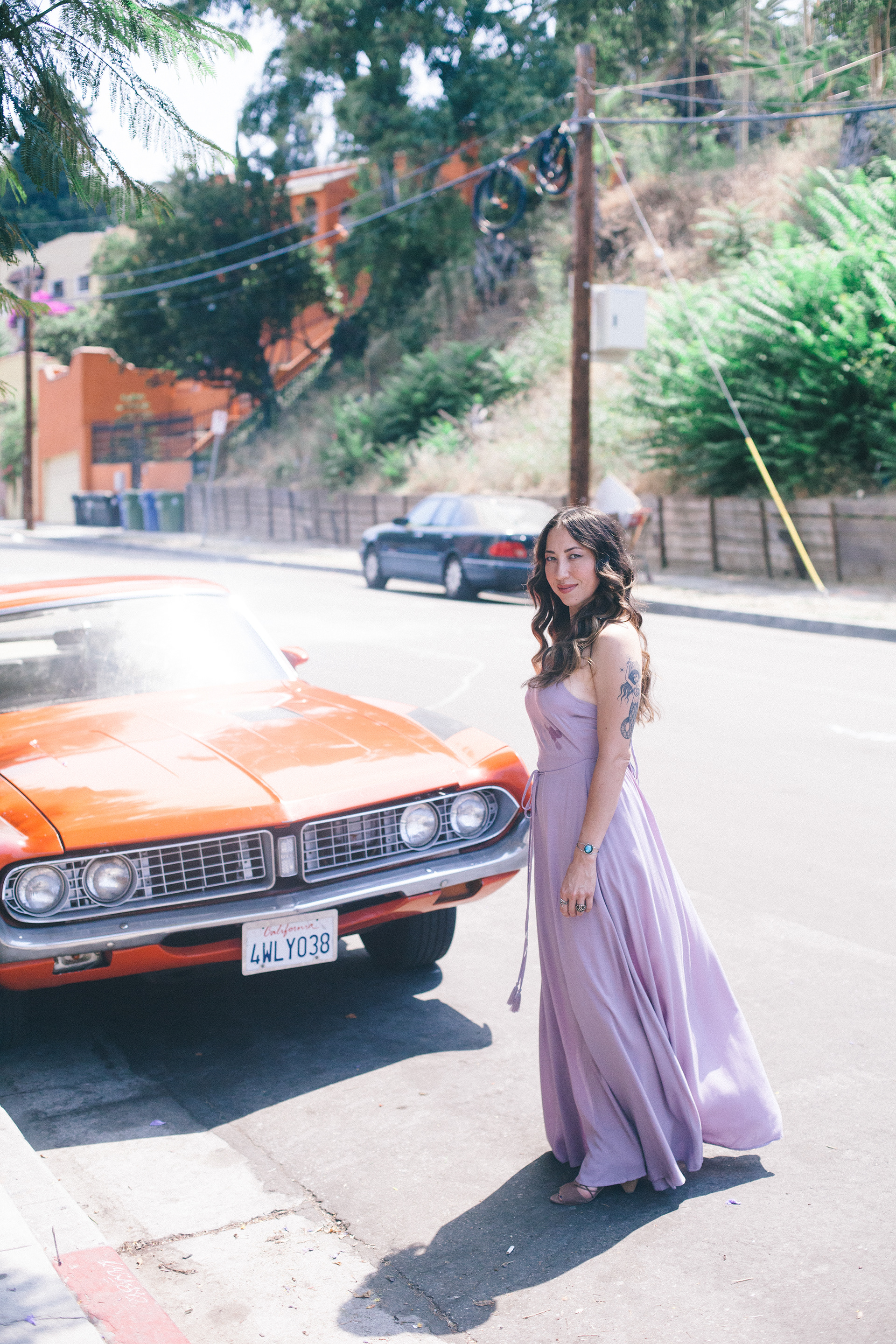 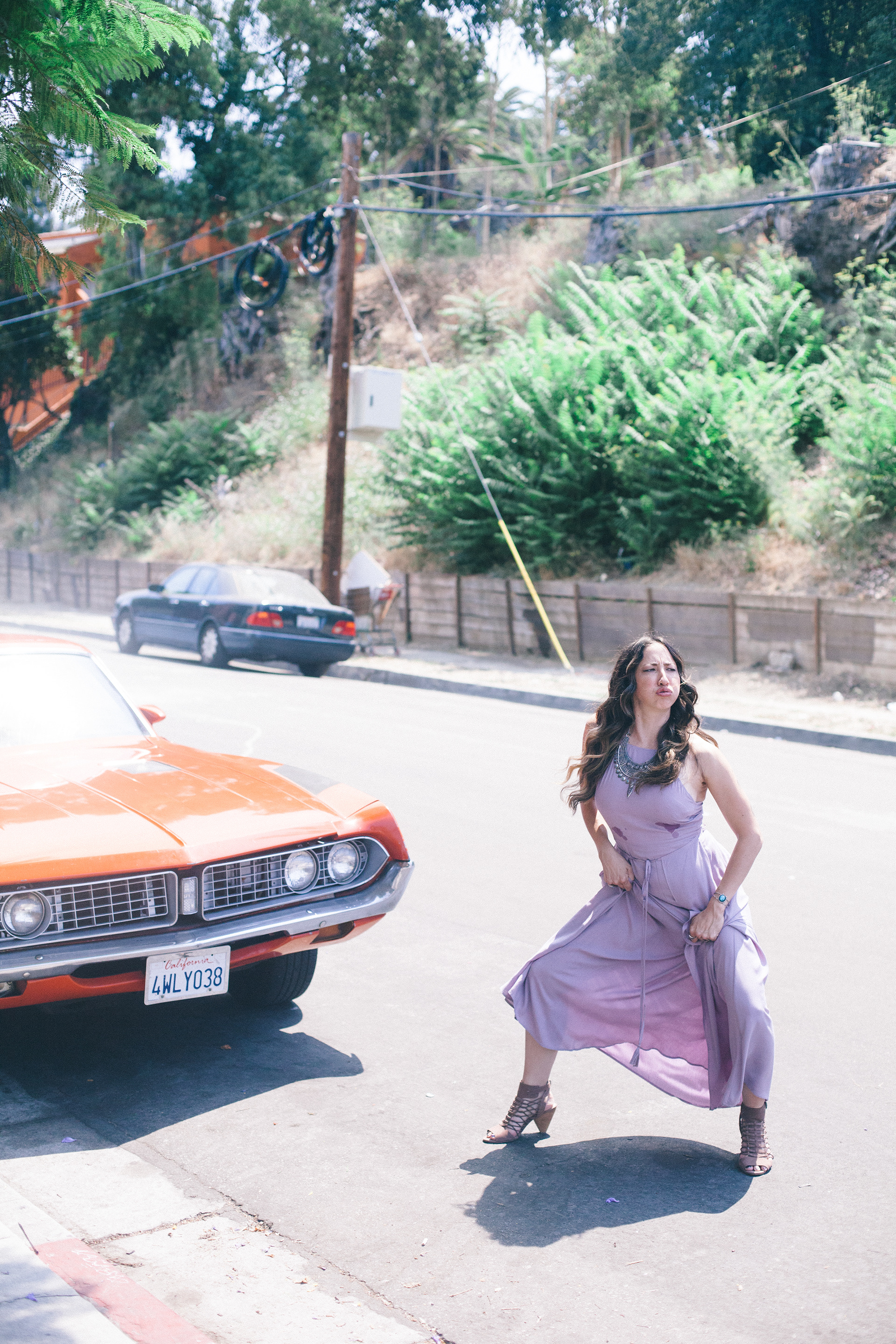 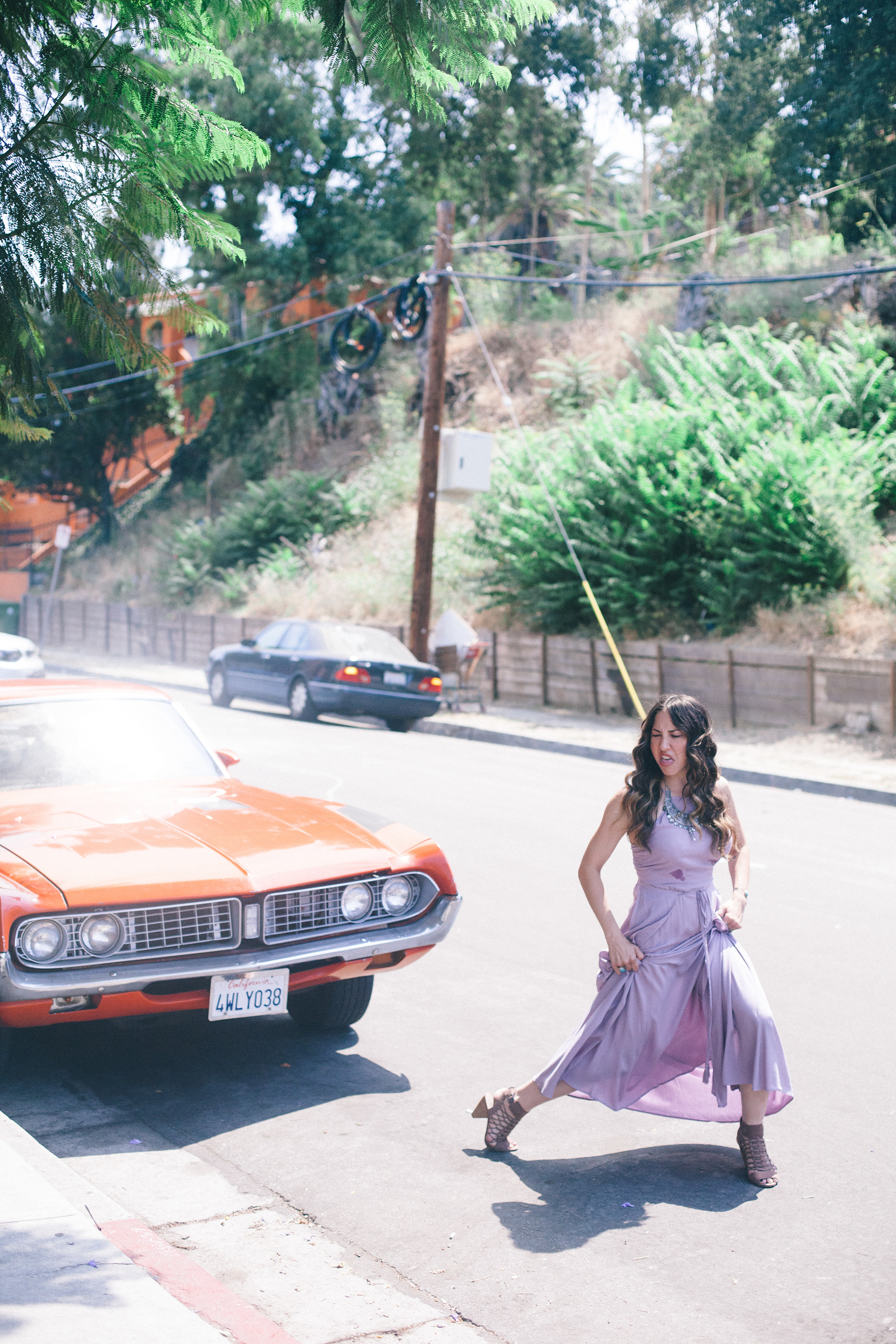 On home
"My grandparents met on their way to the internment camps during World War II. So when they settled in the East Bay, a lot of them settled with people that they were friends with in the camp. So all of the Japanese people that were where I grew up, where my mom grew up, were a part of that community."
On moving to LA
“There's not a lot of actors that get to make the majority of their living doing acting. So that feels like an accomplishment. I remember when I left my ex and he asked “what if you never succeed?” I said "even if I fail, at least I tried. I won't be resenting you, my kids or anyone else in 10 years for the choices I made. So yeah I have no regrets.”
On breast implants
"I don't judge the me that made that choice, but I certainly want to fix my mistakes. It was a decision that I rushed when I was getting married at 24. It had nothing to do with other people, this was something I was doing for me. I really wanted to look perfect in my wedding dress on my wedding day, that was a priority. It's just so funny like I couldn't commit to a tattoo when I was 24, and yet I thought I could like commit to more permanent body modifications. I'm all for people feeling good in their own skin but I just know for me at this point in my life, for the next evolution of who I am becoming, these  things don't fit in the picture. They get in the way of who I really am. They keep me from being my fully realized self. "

On abortion
"As an environmentalist, I struggle with guilt related to how overpopulated the world already is. And how many people are already here that don't get the love that they probably deserve and our country certainly isn't open arms helping them out either. We force people to give birth and then we say you're on your own."
On body image
"When I am a parent, I don't want my kids to know the other version of myself. And if I have a daughter don't want to pass on the body image issues that I had."
On gentrification
“Change and progress are not a bad thing. Bringing economic viability to a neighborhood is not a bad thing, but there's something about that area that drew you to this place. Was it the culture and diversity? If you're not adding to that then you're taking away from it. And so these big tech companies that come in and they're displacing a lot of the cultural things that made it a relevant place in the first place."

On divorce
"I think the moment of realization, for me, was that I didn't have any friends of mine that were just my friends. He was like, "I'm your world, I'm your husband, why do you need the best girlfriend?" Why would you go on vacation with a girlfriend, I would go on vacation with you. And it all made sense to me like, "oh you just love me so much you just want all my time."
[At that point], I didn't know that that's not a healthy thing. I didn't have a single person that I felt like I could confide my doubts in."
On displacement
"I'm the only one in my family that doesn't live within a half hour drive from everybody else. It definitely hindered me professionally because all the dreams I had, I had to squish them down to fit in this bubble somehow. I never contemplated a move further than that. I think that if I had a family where people were more spread out, I would have grown up with the thought of where am I going to go?"

Tiburcio G.
↑Back to Top