Upon arrival, I was greeted by a tiny human on a bike with no pedals. He looked up, acknowledged me, and then went on his merry way. He was shirtless. His name is Sol.
His father, Slate, was right around the corner watching his son rediscover what is no doubt familiar territory. Sol made his way down the uneven sidewalk, looking back to make sure his dad was still there. I walked with Slate, watching his active eyes sync along with his son's steps. This went on for about 10 minutes until Sol discovered a trough of leaves that he was determined to power through. He may have made his way slowly, but to his credit, he never fell. I think about that moment still, the crunching of leaves, the tiny whoops of joy and the setting sun. I think of the dad I never knew and the one I stood next to brimming with joy at something so banal yet so striking.

"Our kids, we find joy in them."
On children
"I hope that we can create a more just world for them. I hope that they grow up knowing less pain. I mean, there's always going to be pain and there's always going to be suffering and there's always going to be injustice. But, I hope that the work that we're doing now has an impact even 10 years from now. I hope that they can reap some of the benefits from that.
I don't want them to have to deal with some of the stuff that we're dealing with right now. I hope as things come to the surface that we're able to heal and to move forward.
As they grow up, I want them to have a vision for the world. I want them to dream, explore and discover but also desire for them to be open to connecting and collaborating with others to drive themselves and from the world."
On fostering imagination
"Right now, I'm really interested in how to cultivate their imaginations. It's something that I think our kids and this generation are going to struggle with because of the rampant access to devices.
The virtual world leaves you with less to imagine. You don't have to do imaginative play. And I think when we (Rachel and I) grew up, we just imagined things. We would dream them. Imagination, I'm learning, has the power not just for thinking and dreaming but also to center yourself. I want my kids to have that." 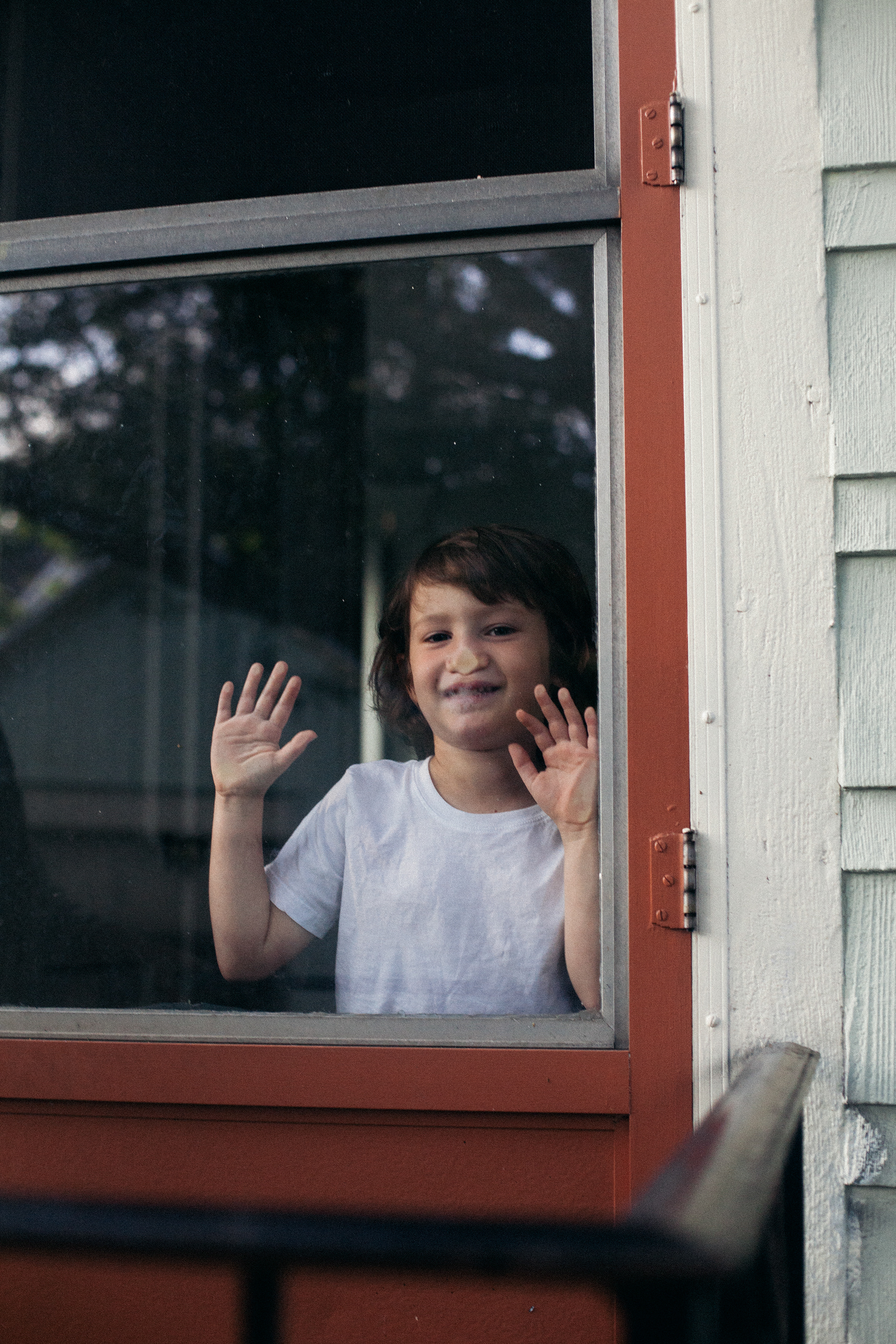 On having a black son
"I love that he's little but I would love a peek into who he's going to become. Trust me, whatever it is, it's going to be pretty amazing. I've never met a more self-determined tiny human.
With that in mind, we want him to feel proud of who he is and we want him to have people in his life who mirror that back to him. He needs people who look like him and who have had similar experiences. I mean there's just certain things that we won't fully understand.
He's going to be a black man one day. And that's something that we aren't equipped to have a really personal conversation about. We can have a lot of conversations about that with him. But we won't be able to say "I get it, I get what you're going to go through. This is what I've done, you know?" It's that sort of personal advice that comes from the lived experience that he really needs.
So we're really grateful to have a community of people who do that and who are that for him. We've become a part of their family and they have become a part of ours."
On adopting
"We decided to grow our family but we didn't want to keep having babies. We didn't want to keep filling an already overpopulated & strained earth and we felt like we had already replicated ourselves in our first two children. There are other kids that need homes and parents that have already decided that they can't do this and so we wanted to adopt.
We went with an agency where the mothers are the ones that decide where they want their children to go. And Sol's mother chose us." 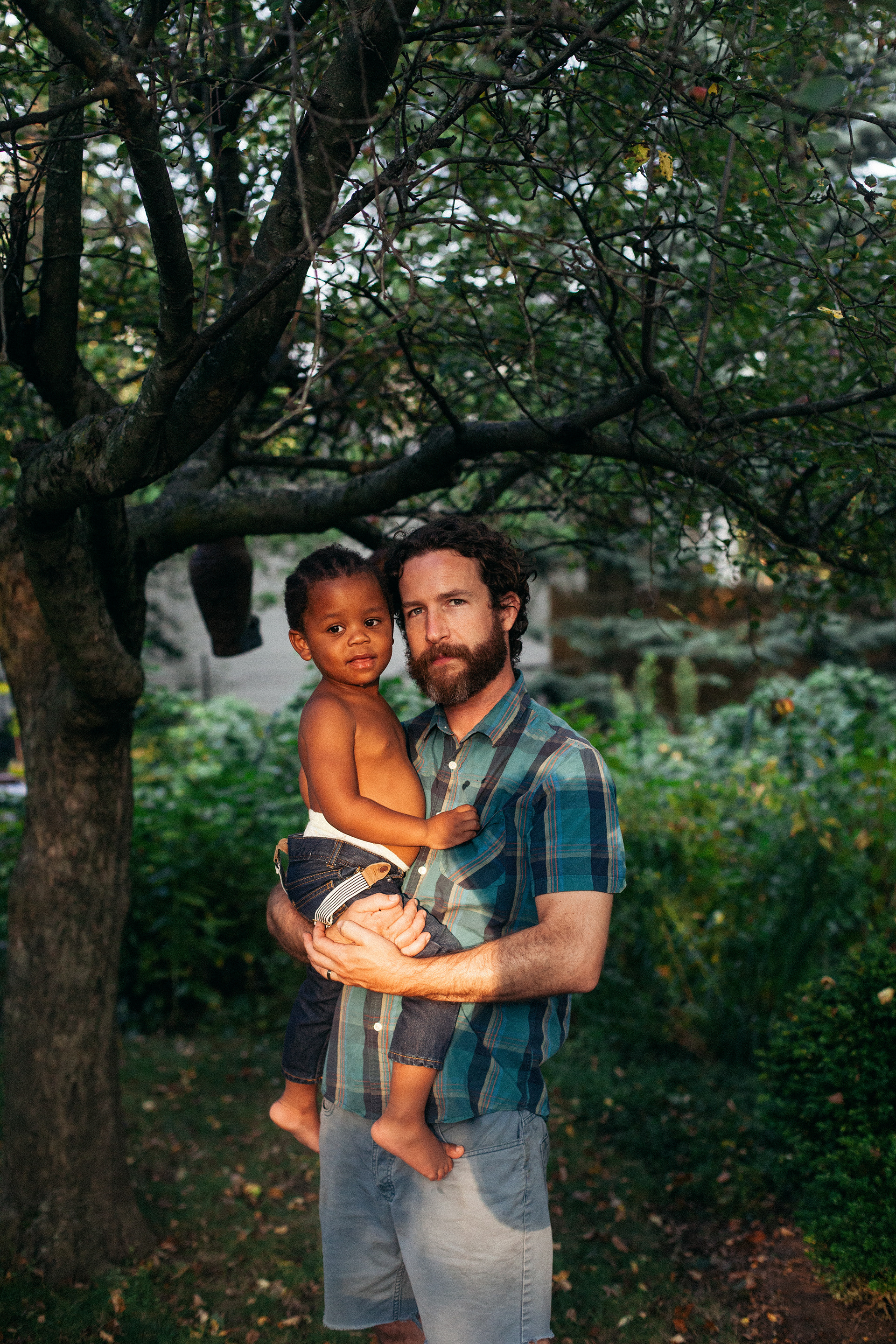 On New Haven
"New Haven, especially right now, is a place for people who feel marginalized. There's a lot of really good conversation here. And not just conversation but action that backs it up. We are a sanctuary city. We've had two undocumented immigrants who have taken refuge in churches and downtown. We have IRIS, an organization that helps refugees to get resettled. We have a big community of refugees that have come from all different places, recently from Syria. They are a welcome part of the community. Our son, was in kindergarten last year, had two Syrian refugee children in his class.
I believe that those of us who have some amount of privilege need to foster a place where people feel safe and feel able to find a haven here. And it's not just us, the majority of the community in New Haven really does value that. There's a lot of really incredible nonprofits that work with undocumented immigrants and refugees. I mean just there's such a vast array of people doing really incredible work for others.
And I think that that makes it a place that feels safe and that feels supportive for people who really need that, especially in the current political climate."

James B.
↑Back to Top