"This is a collaboration between Stories from Here and the Women's Prison Association focused on telling stories about sense of place through the eyes of women who have been through the prison system but are not defined by it. These stories might classify as a tad heavy. My goal isn't to shock you, rather to build both a better understanding of our prison system and gain empathy. If you want to learn more about the WPA, please visit their website."

On growing up
"I'm from New York City, born and raised. From sun up to sunset and back to sun up is always something to do. Always something to get into. There's always some kind of scam or something going on. Some kind of trickery going on. Somebody who thinks they're slicker than slick, you know, somebody who can out talk you, out con you, out run you. That's always going on in New York. If you can survive growing up in New York, everything else like gravy.

I started off the in Lincoln projects on 32nd street and Madison Avenue. Projects are very, very interesting places to live, especially when I was coming up because it was like one big family and everybody's mother was young.

If you did something you shouldn’t be doing, somebody's mother would spank you and take you home to your mother and then she’d give you another spanking. Everybody was overseeing everybody, we looked after each other. Families didn't go hungry in the projects. The whole floor would eat from the pot of one apartment."
On addiction
"Not so much in my generation, but from my kids and down: they had to grow up even faster. They come from a generation of addicts. Their parents were addicts from my generation. And it wasn't just their parents, it was the adults around them, children among them, there was addiction everywhere.
So they had to learn to fend for themselves. They had to feed their siblings when Mommy and Daddy was out of money trying to chase a high. They had to get through the peer pressure when all these other kids were running around with name brand clothes and stuff. You had to learn how to still boost or make a dollar real fast just so that you can fit in." 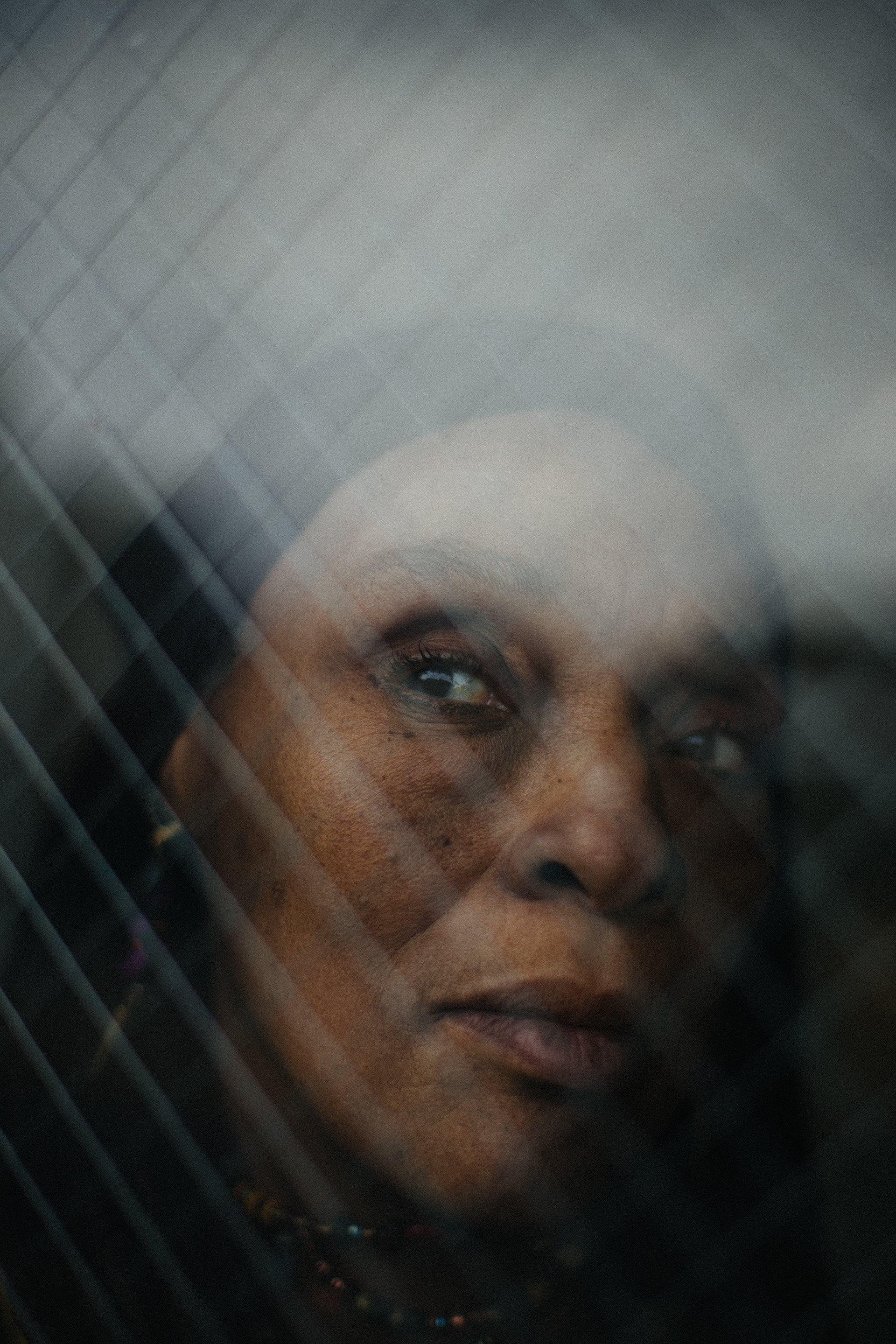 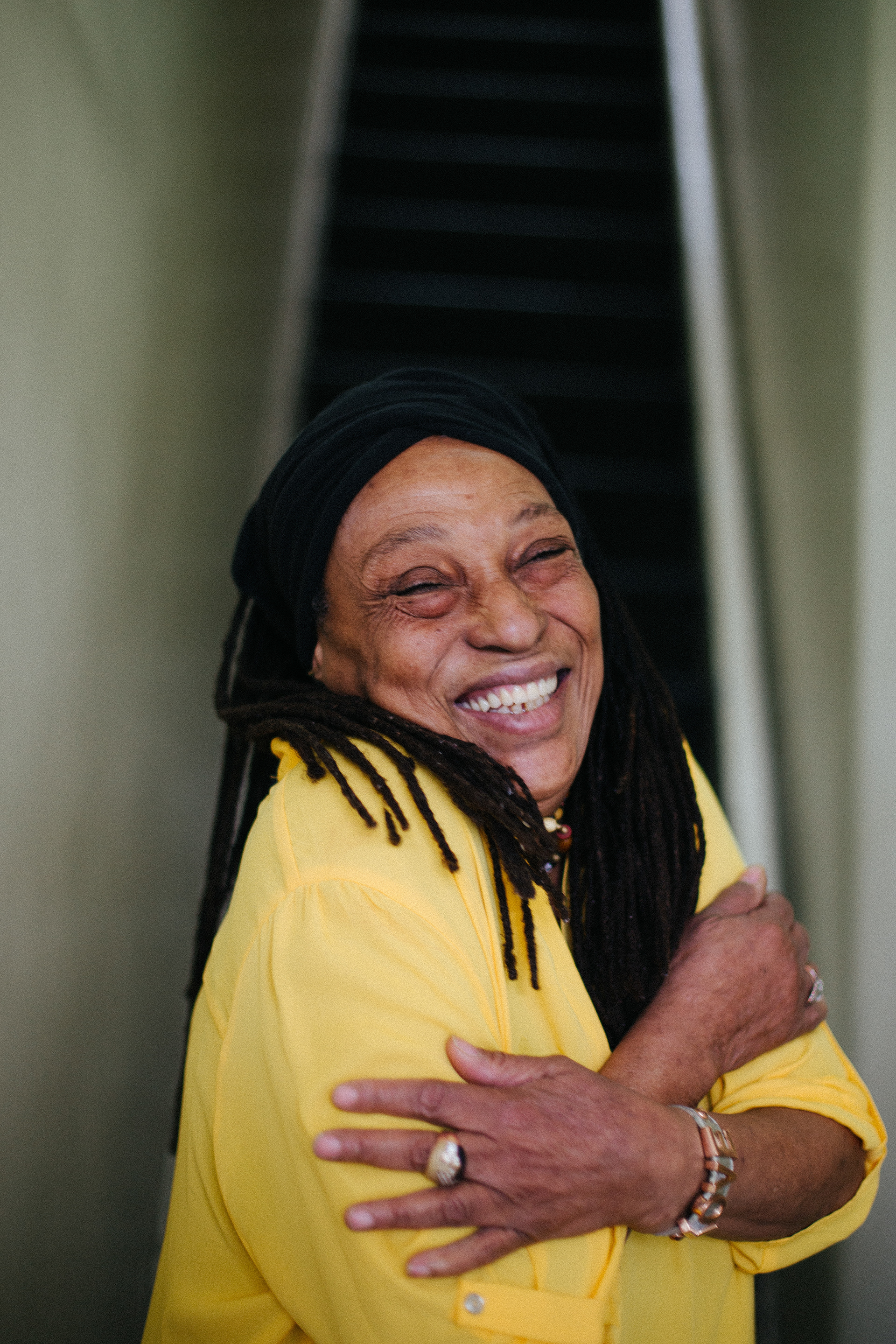 On motherhood
"I did 18 years in the penitentiary in three different states. I have some angry kids because of that and rightfully so. "Why did my mother leave me? She didn't love me enough to stay home. Why does she sell these bricks? Why did she commit these crimes?"

I was an addicted mother with addicted husbands who did criminal activities. Yes, I had the legit jobs, but their fathers didn't. They were hustlers in the street.  My only regret in life was I didn't sacrifice for my kids. You know, mothers, when they sit down and decide to have children they say, OK, the criminal matter, I'm going to leave that. Here are the lifestyle changes I need to make to be the mother my kids deserve.

Now I loved my kids. I would come home and say, "How're you? Did you do your homework?" I just couldn't leave the drugs home. I couldn't sacrifice for them. Which means I was a bad mother, to me. My kids love me and will tell me that all the time. But good mothers sacrifice. I'll always regret that. I was supposed to sacrifice.

When I did go away to penitentiary, I was blessed with parents that said, "I'm going to keep your kids together." My mother, my father made sure for my kids on a regular basis.

Seeing me in there, it made them more responsible because they seen that I wasn't responsible. Me being locked up, it made them strive for more. They saw me go to work every day when I was out, but I was an absentee parent because of the drugs. And in that absence you know you want more from your parent.

It's a blessing to have children that see that absence, don't blame you for it, but make sure their kids get more and that your grandkids get more. My kids didn't want to repeat the same mistakes."

"If you can survive growing up in New York, everything else like gravy. "

The program I started in Albion Correctional Facility was called Cans for Kids. I sought out churches, CO's, CEOs, Knights of Columbus, etc and asked them to donate. Whenever girls got sodas from commissary I told them to bring me their cans. Fifteen hundred females with cans is a lot of cans.

With the money, I rented buses to pick up our families to see us. I built a playground in front of the administrative building. Eventually the central office saw how the buses helped and started to take that over for us. It's a 10-hour drive from New York City to Albion, the buses at least made it a little easier on our families.

I don't care how many you write letters, if you don't have hands on contact, quality time, it means nothing. But in penitentiary all I had was time, time to create something that could give our families what they needed.

But now trying to get into this, you know, this new, this new thing with giving back, you gotta give back, you just take and take and take."
On being institutionalized
"I didn't go to the penitentiary when I was a young girl. I had children, had gainful employment and had lived a little. So by the time I got in, there were young, young girls in there calling me Mama. Think about that. For some of them I was the same age as their mother and I wasn't 30 yet.

Ten years pass and new crews come in. Now I am being called Grandma. That's when I told myself I won't stay there long enough to be rocking in the penitentiary getting called Great Grandma, I couldn't do it.

With that age, though, people really listened to me. I would say to the new girls: You have to sit down and realize what it is you want to do. You don't have to fail when you're in here, but it's easy to. If you keep your mind on what’s going on in the streets outside, if you don't set goals, this place will break you. There is too much degradation everywhere for it not to.

You're treated like an animal. Sometimes they don't give your sanitaries. The officers tell you to bend, squat whatever. They search you however they feel like. If you don't recognize that this is a cage and want more for yourself, if you're comfortable, then you're going to stay there. If it makes you uncomfortable, that's good because then it gives you a chance to figure out what you want and where you want to go."

On re-entering society
"When I got out, it wasn't like a walk in the park or whatever. When you're in penitentiary, there are certain hours of the morning that you have to stand up and be counted. So I would automatically wake up and stand up. Sometimes I would get up and lock myself in the bathroom, I spent 18 years in a room with a toilet and a sink, I felt safe in the bathroom. I would just sit in there. This was the closest thing you know, to feeling safe, can't nobody get to you. It wouldn't be until my kids would start knocking like "hey, are you okay?"

“Sometimes I would get up and lock myself in the bathroom, I spent 18 years in a room with a toilet and a sink, I felt safe in the bathroom. I would just sit in there. This was the closest thing you know, to feeling safe, can't nobody get to you.”

​​​​​​On black women​​​​​​​
"Our struggle has been from the beginning of time. Like I said, we're nurturing species. This doesn’t go for just the black mother or person. Everybody, every racial background has their own struggle. But, I think we'd been beaten, raped and downtrodden for so long that our will to survive and to save the world has become like our bank.
You might not be my son, but if I see you in trouble, I am going to help. If I see the police run up on you, I'm going to throw myself in front of you. If I can save somebody’s son I am going to do it because that’s how we’ve been built.

We, you know, from the slave ships, we were the ones singing them love songs, belly to belly and all the feces and stuff. We held on and kept everyone together and told them, “I love you and just hold on ‘cause we go make it.”
On her age
"I'm not a young person. I'm a senior citizen and being a senior citizen and going through as much as I've been through and this lifetime, uh, to sit back and reflect on what it is that I've been through. It's truly amazing." 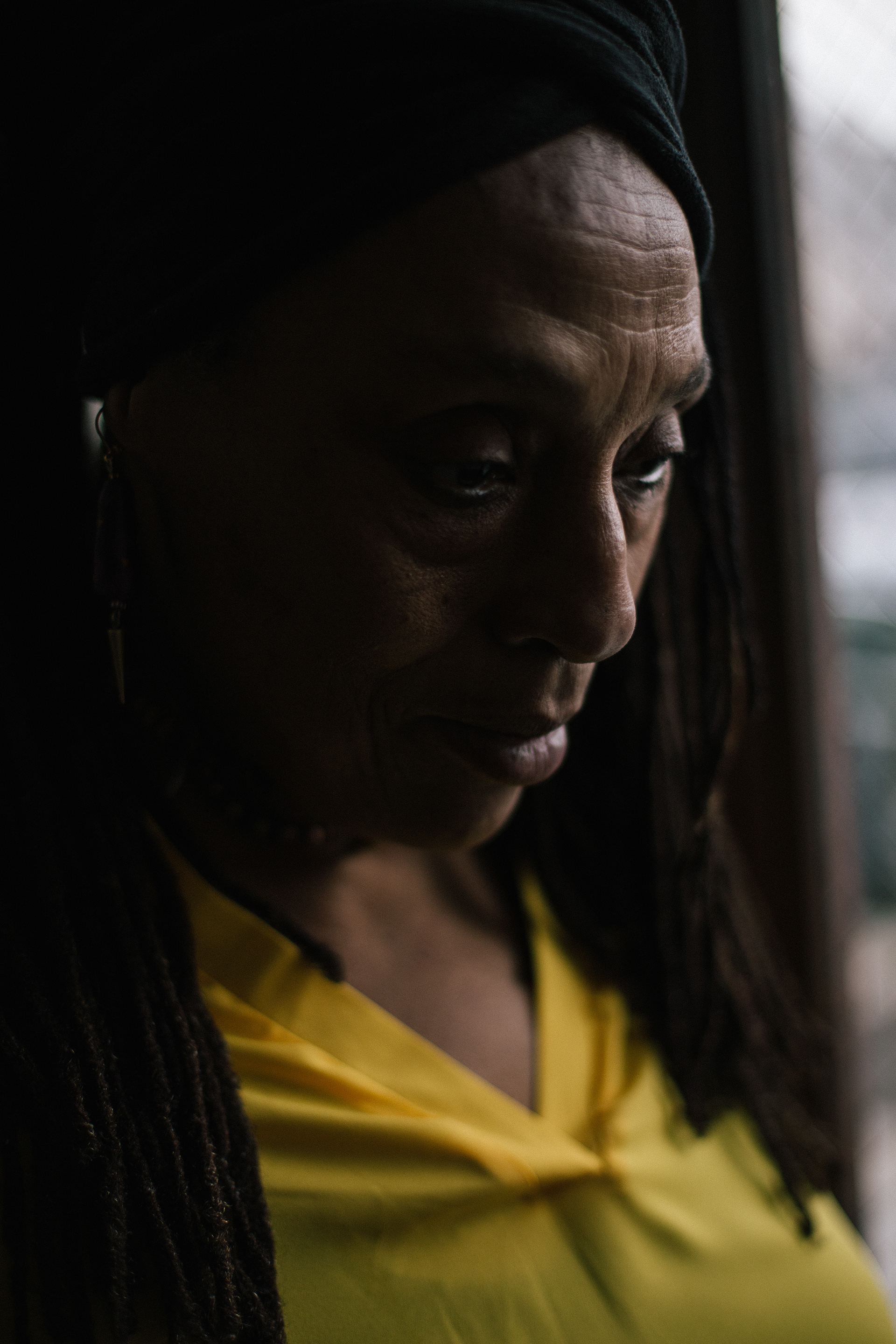 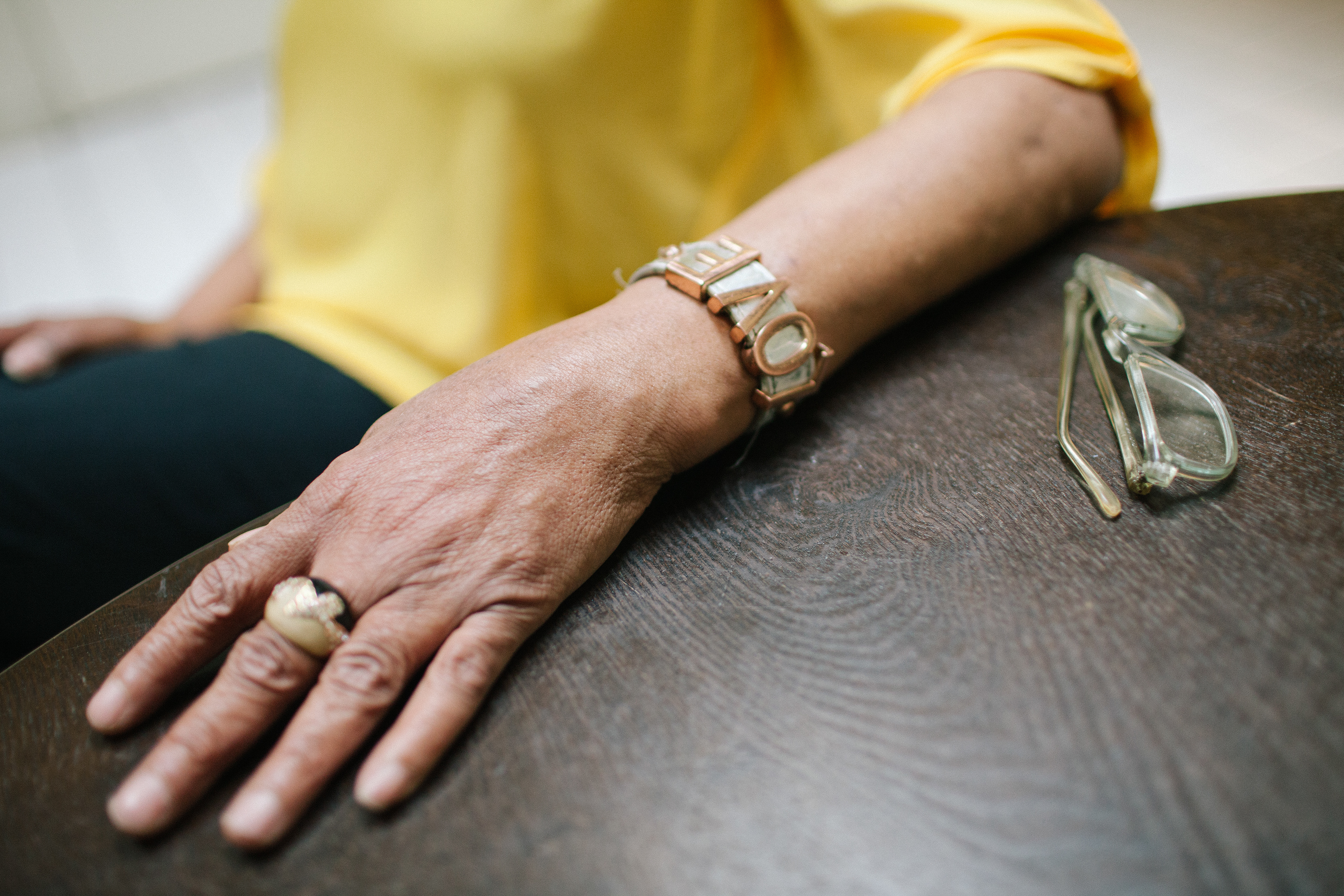 Coach John.
↑Back to Top