'Purple and Gold' is a series of interviews I did at the start of 2018 with high school students from Columbia High in Lake City, Florida. Their portraits and interviews were focused on their self image, perceptions of success and how they plan on achieving that. As with all stories from here interviews, the goal is to establish sense of place. These subjects are unique in that their sense of place has not been fully formed yet, so it's a delightful case study about identity, when it's being solidified. Keelie is a junior who aspires to be a writer, loves Tim Burton films and performing poetry.

On surviving
"I've learned a lot since freshman year. I was really naïve and didn't exactly met the best people at the time and someone took advantage of me. That really ruined high school for me and it took me a while to get back into it. I didn't feel safe here after it happened, after stuff happened.
It took a while for me to feel safe again. One of the biggest factors were my teachers. Two teachers in particular, took me under their wing, helped me feel safe and tried to make sure everything was okay. They gave me space to be and feel safe."
On poetry
"I write about it now in my poetry. Every time I talk about it, the weight is lifted off my shoulders. It doesn't magically become more normal, but it helps me relieve the pain. I guess the pain kind of fades every time I do it.
I don't want to be quiet because I can use it to help other people over come their troubles and things like that. Sometimes it's frustrating because a lot of people tell me I need to be quiet about it, it's not something to talk about because it's taboo but I think it's wrong to not try and help other people.
I've had people come up to me after I talk about it in poetry slams. Um, they tell me that it's brave and that it helps them overcome it and show that we can talk about this. It shows that people aren't alone when it happens. It happens to everyone and you know, I hate when that happens, but it's when I speak, others know that they can speak up too and they don't have to sit in silence. They don't have to be alone." 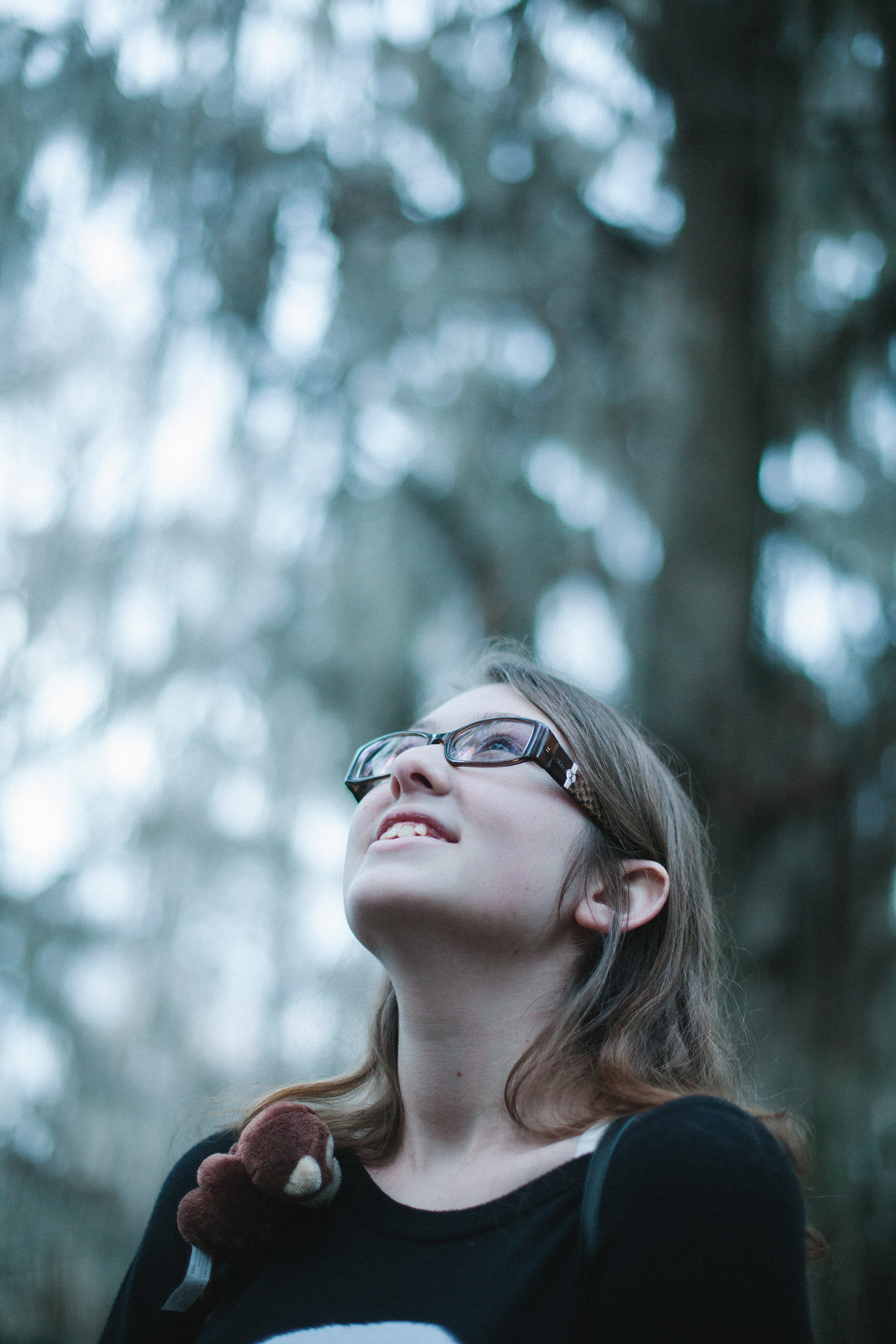 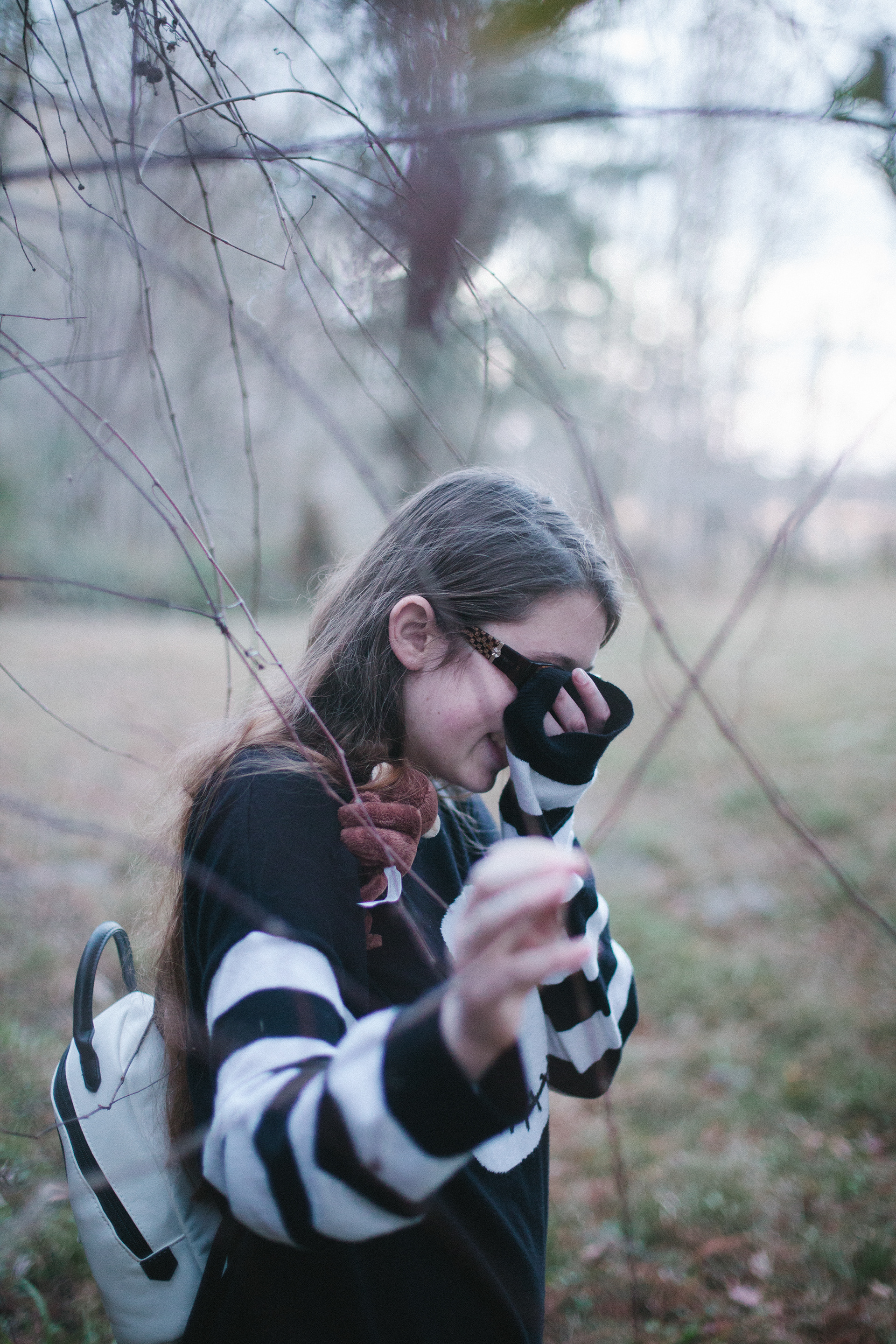 On herself
"I'm awkward. I have trouble talking sometimes. I guess, in a way, I'm kind of shy and quiet but, once people get know me I'm open and I can talk really easily.
I feel the people I surround myself with, especially in Method Poetry, help me speak my truth. In many ways we don't get to really express ourselves fully in school. Poetry is the opposite of that, it's all of us speaking our truth. This is our way of speaking out and saying we don't stand for some of the stuff that goes on, and I'm grateful for it."
On sexism
"There are a lot of kids in my class are very sexist and I don't like it. I don't feel like I belong with them because I don't see the point of being that way.
There's this kid in my class who is just the worst.  He acts like a kid. He's unbelievably immature. He says stuff like, "my mom doesn't work all day so when I get home the house should be clean or she should be making me sandwiches."
I was so offended by this, as a woman and just as a person. If she wants to stay home, that's her perogative, and he's younger than her who is he to tell her what she should be doing? That's his mother. Why is it his place to tell her that? Why does he feel okay speaking to her that way?
There is this other kid who is just as bad. All he does is talk degradingly about women. "If any women wear certain things, they deserve to be hit on." Hearing that is tough. I wear what I want. Not to impress anybody except myself, so why does somebody think that they have a right to hit on me based on what I'm wearing?
I mean I get it, appearances do attract us to people, we are human. But why do we focus on appearances instead of what people actually have to say?"

"It doesn't haunt me as much anymore. Poetry is my healthy way of coping."

On fear
"Growing up I really wasn't know as Keelie, I was known as my dad's daughter. He is really big on self image and how people see us. I'm worried about how people see me now because of that. So I don't really tell people I am into neopaganism. I like it because it makes me feel connected to the earth, the sun and the moon.
A bunch of people would say that's taboo, but it's interesting to see the way it developed and the symbols and the holidays and rituals. It's just interesting to me. I was quiet about a lot of the things I liked because I didn't want people to think it was his fault or anybody's fault for me being different. I know people don't like a lot of things and I just don't want anybody to hate me for what I enjoy."

On her identity
"I can't go anywhere without people knowing who I am because of who my dad is. And my dad, he's great. He's heavily involved in Elk's Lodge, he's good friends with the mayor and a lot of people on the police force.
Throughout my life I've always had to basically live in his shadow and I don't necessarily like that. I'm more than just his daughter. People will come up to me and not call me by my name, they'll say, "little (her dad's name," or whatever.  My name is Keelie and I'm more than just his daughter. I'm a poet. I played flute for years. I was in band. I write, I'm an AP student. I am more than just his prodigy. I feel a little selfish saying that, but I just want to be seen and heard as myself."

"In my opinion, I'm just as attractive in sweatpants is I am in regular clothes." 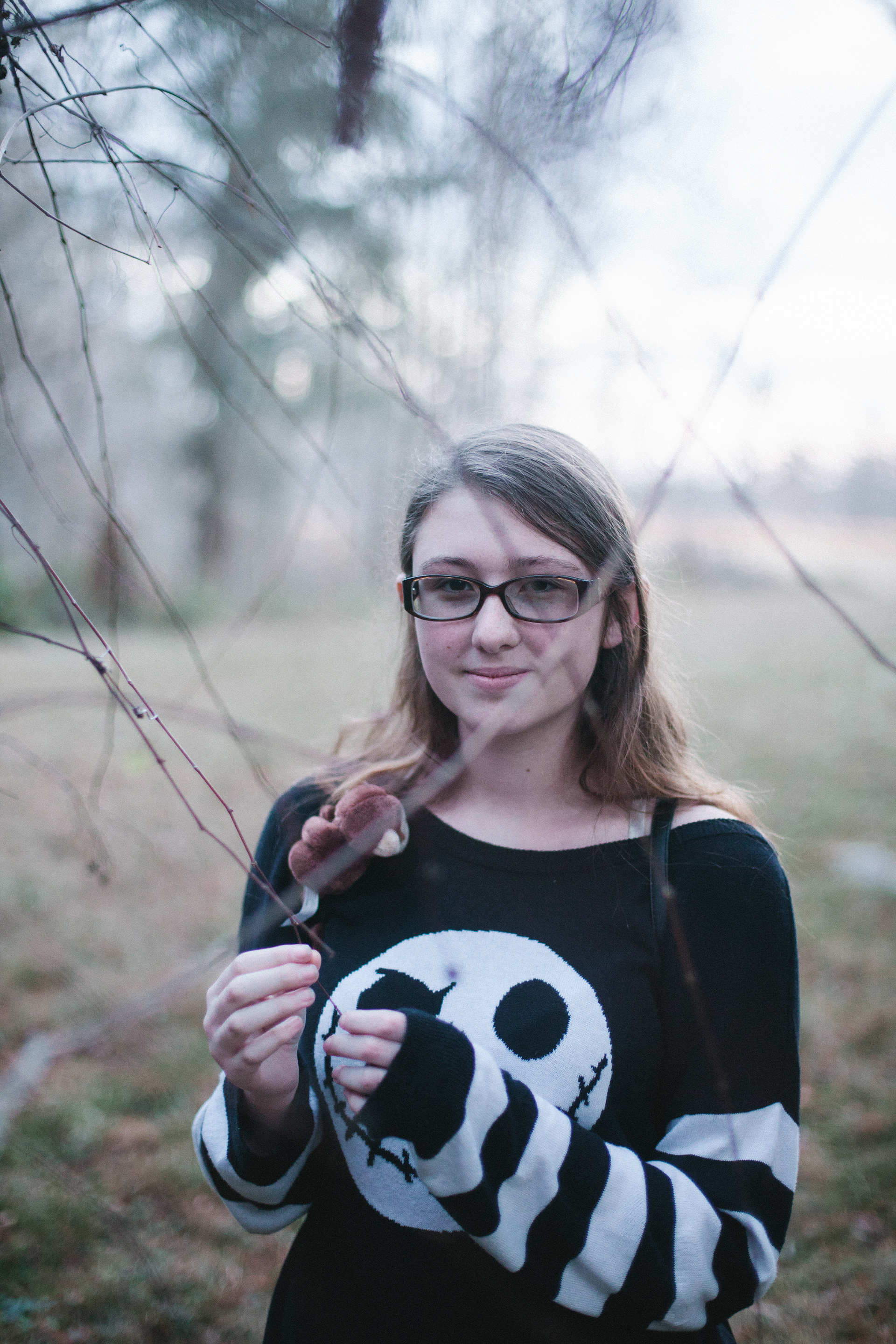